$155.00 per soul- age 18 and over-. Non refundable.
See Cancellation Policy near bottom of this page.

This mammoth building was built as a tuberculosis sanatorium and offered the afflicted various controversial treatments in the hope of recovery or extending their lives. Some procedures are considrered barbaric in todays modern world of medicicne. Patient’s lungs were exposed to ultraviolet light to try and stop the spread of bacteria and the advancement of the disease. Sun rooms were built using artificial light in place of sunlight. On the 5th floor of the hospital, there is a large open air patio and since fresh air was thought to be a possible cure, patients would often be sat on the open porches or near large open windows, no matter what the season or weather. There are historic photographs showing patients sitting in chairs or beds, taking in the fresh air, while covered with snow. Is it any wonder, after all of the sickness, death and pain within these walls, that Waverly Hills is considered to be one of the paranormally active places in the world?

Unfortunately, some historians have estimated that nearly 50,000 patients lost their lives here and succumbed to the White Plague or TB as it was more commonly known.

Many say that wayward souls still wander the halls.

Come venture into the building with us.
Spend the night wandering, taking photos and trying to capture spirit voices.
​ Oh...better bring a flashlight. We'll not have any lights on.

This will be a drive to event.
No bus is offered.
Just pack your gear, gas up your mothership and come investigate with us.
We will book the entire building for our group only.

We will supply bottled water, pop and coffee, free as always! Pizza will be provided as well.
​
First come, first haunted​.
Due to constant need for repairs on the wooden structures, need for a more durable structure, as well as

need for more beds so that people would not be turned away due to lack of space, construction of a

five-story building that could hold more than 400 patients began in March 1924. The new building opened

on October 17, 1926, but after the introduction of streptomycin in 1943, the number of tuberculosis cases

gradually lowered, until there was no longer need for such a large hospital. The remaining patients were

The building was reopened in 1962 as Woodhaven Geriatric Center, a nursing home primarily treating

aging patients with various stages of dementia and mobility limits, as well as the severely mentally

​handicapped. Woodhaven was closed by the state in 1982 allegedly due to patient neglect. 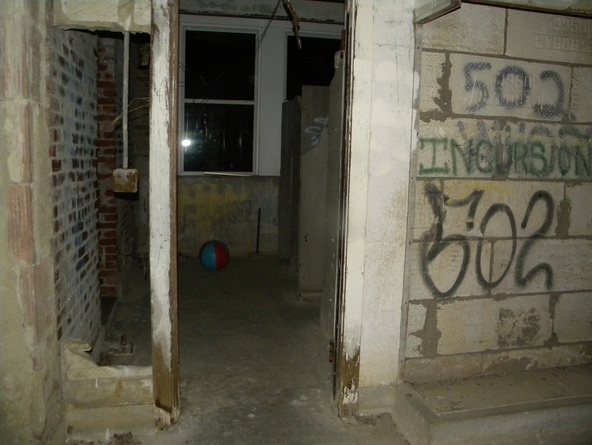 The Fifth Floor- considered by many to be the most active area in the hospital. In 1932, a nurse who worked in

Room 502 was said to have jumped from the roof patio and plunged several stories below to her death,

There is speculation that she could have jumped willingly but many rumors suggest she may have been pushed.

There are no records to indicate this but rumors continue to persist as they have a way of doing so! This is just one of

​many stories that will be shared with you on your night at Waverly.

​ Won't you join us in Louisville, Kentucky?

CANCELLATION POLICY **Reservations are non refundable for guest cancellations.
You can re sell or transfer your spot to another soul